Because in the last few days things have cropped up that are scaring me and us. Abdominal discomfort, that once again, seems kind of digestive, but also not. I don’t want to just assume that because I spent a year assuming that before the diagnosis.

Here are the symptoms. (If it’s TMI (too much information), please feel free to skip this paragraph.) At one particular area of my intestines, down close to where the cancer had been, when gas is moving through it, it really hurts, like 7 out of 10 hurt. This is new. Also upon voiding the bladder, something about it de-stretching is very uncomfortable. And I’m having sensations that are things I would have associated with menstrual cramps. However, I don’t even have most of those structures in my body anymore. Phantom pain? Dunno.

Things that are different in the last couple of weeks include: a possible case of mild food poisoning at a restaurant at the beginning of last week, a new formulation of topical oil to put on my scars to help them fade, a new kind of probiotic, using a Cannabis Indica tincture for help sleeping due to menopausal symptoms, and (TMI alert) usage of a vaginal lubricant to act as a sort of lotion on my poor post-menopausal vagi-gi. Maybe I’m having some sort of reaction to one of those things. I kind of hope so. I mean, I really hope so. Something besides cancer recurring would be great.

I have an appointment with Dr. Guntupalli as a follow up tomorrow.

*And* Denver and the eastern plains of Colorado are expecting a monster blizzard, maybe the biggest in 45+ years. The Denver Post writes about it here. March historically is when we get our biggest snow dumps, but it has been a few years since we’ve had one, and apparently the low pressure that is driving this system may never have been recorded in Colorado. God love the CDOT snow plow drivers! 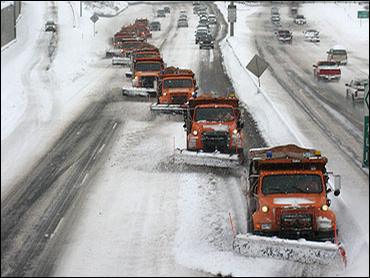 So I tried to reschedule the appointment but the next available is May 8.

We hope to get down there before it all really begins, and we may just stay over, in order to avoid the worst of it. We’ll see. We’ll take the 4×4 truck. And play it by ear.

In any case, I’m really hoping it truly is a digestive thing rather than a recurrence. That would be a sucky way to observe the anniversary of the diagnosis.

I’ve gotten the okay to have the CA125 test run today up here so we’ll know at least that in advance.

If you’re a praying kind, or good-vibes-sending kind, please commence with it posthaste!  Thank you!

Where am I in this world?